A fun, happy drawing from my 3 year old daughter Jade.

We sing, play, and dance whenever we can.

Her happiness is truly contagious!

I just love her!

My wife is Asian and has long, beautiful straight hair.

The question is still out there … Will Jade keep her curls?

Jade is over 3 and she hasn’t had her hair cut yet.

My wife doesn’t want to part with those cute baby curls (photo below).

Personally, I think Jade will keep some wave.

If her hair dries naturally, the curl will come out.

Otherwise, the blow drier will flatten it out.

My wife doesn’t believe me. But then again, she never does (haha). 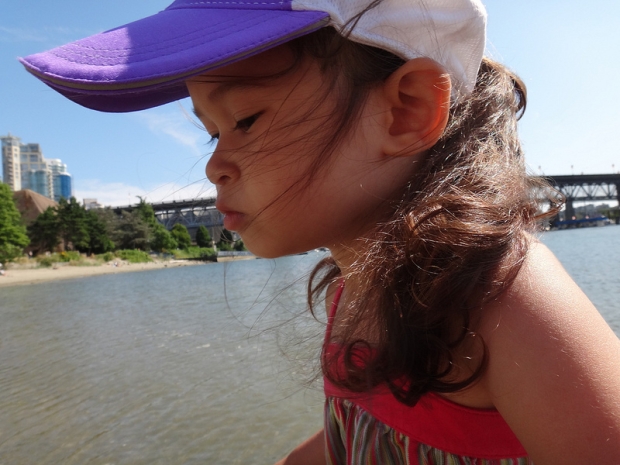 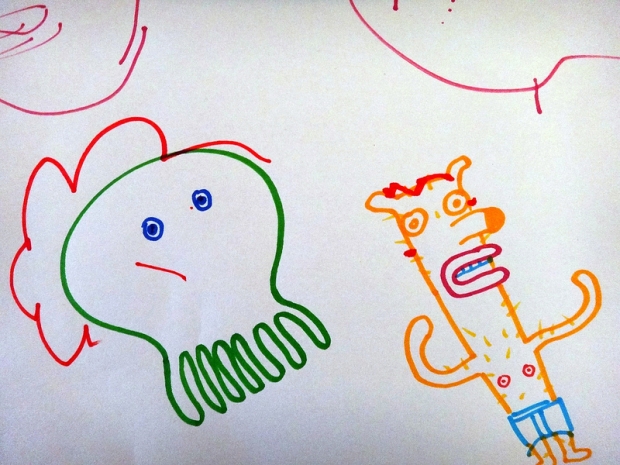 This quirky pic was drawn by my wife when Jade was being potty trained and our talked veered towards “undergarments”.

I once lived in Saskatchewan and the popular slang for underwear was gotch (and also gitch). When I later moved to Alberta and British Columbia, I found out the locals referred to their underwear as gonch (and also ginch). Yes, it is goofy … but it made for some funny dialogue about regional differences.

Any weird or interesting slang from your corner of the globe?

“Steppy” Steps Into The Spotlight! 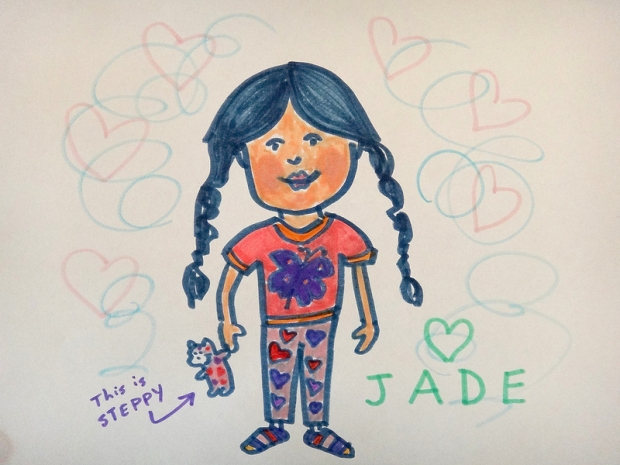 You Can’t Hide It ~
I played Ricky Lee Jones’ song “Chuck E’s In Love” and we switched the lyrics to “Steppy’s In Love.” Jade thought it was hilarious.

In the drawing (above), Joey the hamster is chasing Steppy.
(Joey likes when Steppy plays hard to get). 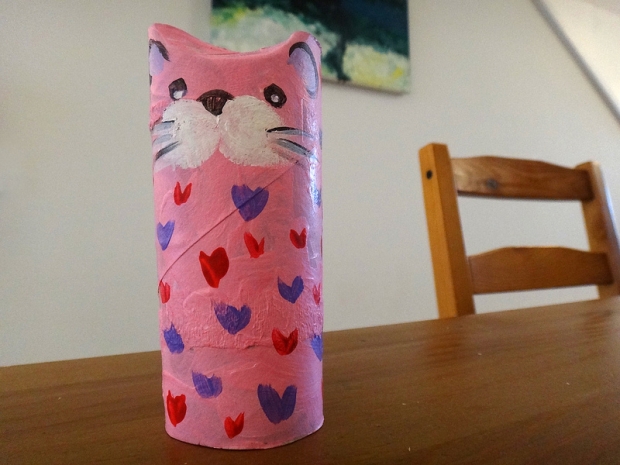 That’s The Way She Rolls ~
Steppy is always creative, street savvy and super sassy.
My wife and Jade created the look for “Toilet Roll Steppy.” 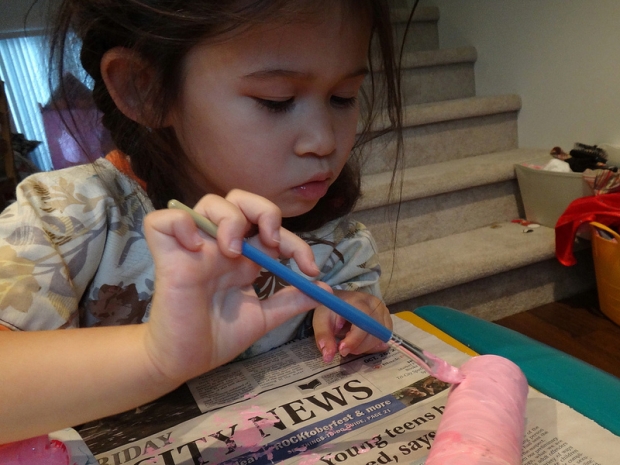 Still Rolling ~
Jade painted the pink base layers (above) and my wife fine-tuned the details.

The Glamour ~
Steppy is very comfortable in glitter. At our home, Steppy is truly a star.

No Small Step ~
Steppy is always sporty and active. Recently she learned to ride a bike. 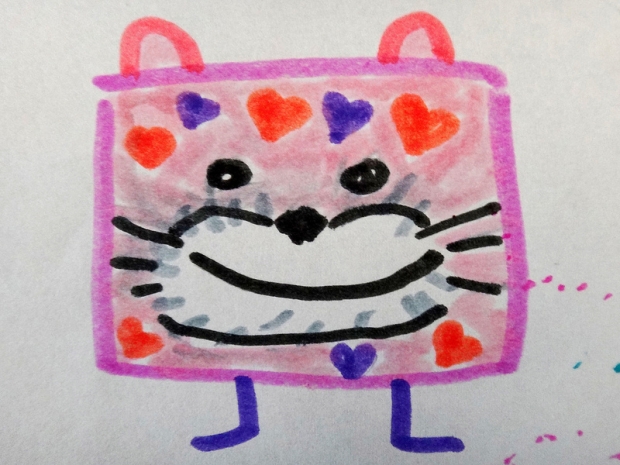 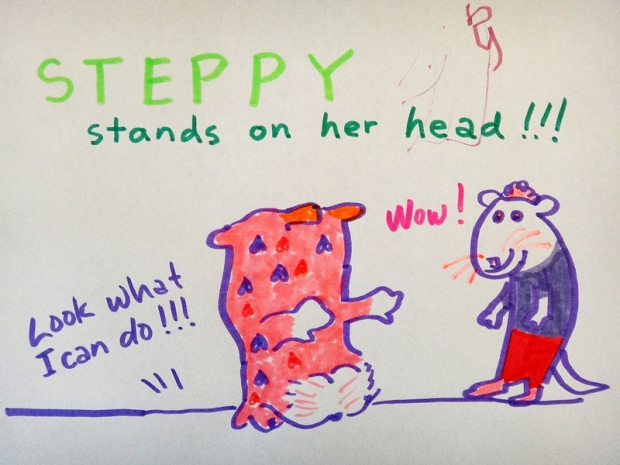 Steppy Does It All ~
Steppy is extremely talented and can even stand on her head!!!

Always Dazzling ~
A rare interview where Steppy dazzles the camera!

As you can see, Steppy is the real deal!