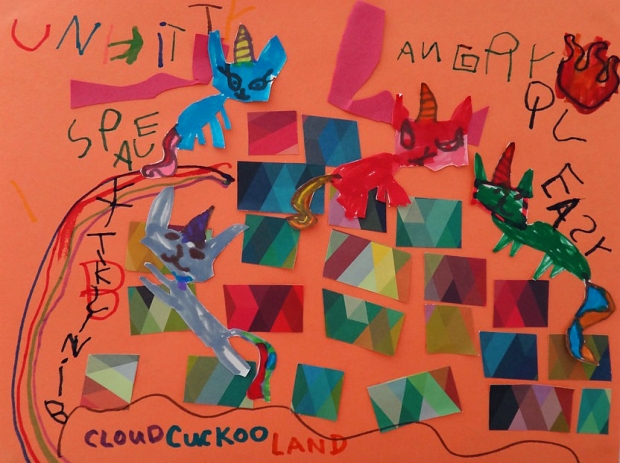 Jade still isn’t very comfortable using scissors so we brainstormed a project. She really wanted to create something with the Unikitty character (I had nooo idea what she was talking about). After some internet research, we recreated Unikitty’s home in Cloud Cuckoo Land.

Finally, last week we purchased The Lego Movie DVD … and now I finally “get it” !!!